When I was in middle school I joined an improv team with the Arizona Jewish Theater Company. I learned the basics of improv from Second City Alumni, and I also learned how lame my jokes were.

We worked on that.

Later I went on to do community theater around Arizona, and even performed at the Herberger. I took karate to harness my inner wax on wax off, and I learned archery, you know before it was cool.

When I was eleven I booked my first on camera role on a local teen show.

I continued my training in acting when I went to college. I spent half of my time training in performance, half of my time studying psychology, and in a fourth dimension, I did internships. At 19 I auditioned and was accepted into the Groundlings. I once again learned how lame my jokes could be.

We worked on that.

Trying to finish up my double degree, I took a break with the Groundlings and completed my schooling in four years.

After college, I interned with A Noise Within, where I was classically trained with the best team of actors and directors.

I performed improv and sketch with a wonderful group known as Duchess Riot, and formerly co-produced a two woman show called "The K-Lo Sketch Show!" It was the longest running show at Open Space Theater on Fairfax, for two years running.

I completed the core program at the Upright Citizen's Brigade, and have been exploring other classes in their advanced program. I frequently perform with the indie teams "Mystery Machine,"  "I Believe In You, Peter," and "Meg Ryan Reynolds".

In late 2017 to 2018 I was seen on the "VR Power Hour," where I joined Rob and Nadav in the testing out the latest Virtual Reality games. By mid-2018 I was brought on full time as a producer and host.

I’ve got a million interests, but none so near and dear to my heart as creating stories worth telling.

Feel free to drop me a message*!

*Please don't be a Russian Bot. I am tired of woman-splaining to you.

How to Pronounce my last name

and other things about me:

Hello, and thank you so much for checking out my website!

When I was a kid you couldn’t keep me from jumping up and trying to fight the storm troopers when they came on screen. Every day was a new adventure, but the real fun began when I saw my sister in a Murder Mystery play at church. (It was a progressive church). That was when I realized that you could not only enjoy the story, but be apart of it as well.

I knew from that day on that this was all I wanted to do. 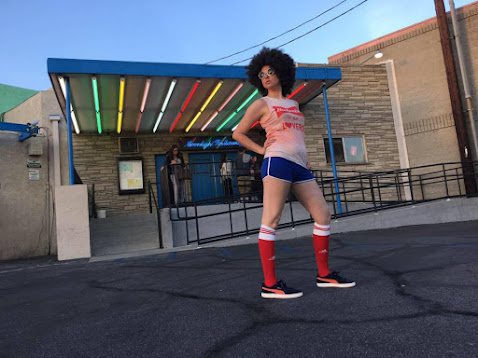